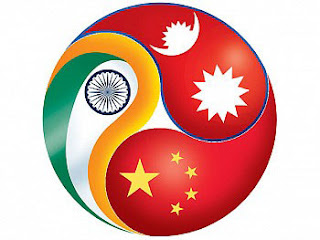 Dawn in New Nepal Dr. Shreesh Pathak It's almost clear that the first elected democratic government is going to be formed in the leadership of left coalition parties in Nepal. A country which waited so long for its first full-fledged democratic republic federal constitution on the name of proper representation of three major identities i.e. Himal, Pahad and Terai; its first elected government would be a stable governemnt which would last for next five years and enjoys favorable coordination from its state governments because many of them would be led by again the left coalition parties. It can be better hoped that Nepal would follow its natural course of development which is badly affected for almost last thirty years and the country now deserves to have a peaceful and stable governance experience. As Nepal has adopted a federal structure, this certainly would help to address the several identity concerns of the people. A strong government at the centre would be decisive to take es
Post a Comment
Read more
More posts